The Family Film Project – International Film Festival of Archive, Memory and Ethnography – returns to Porto for its 8th edition with a varied program that honors the creative capturing of memory, the experimentalism of the image, the cinema of intimacy and the anthropological gaze.

With its usual competitive sessions, masterclasses, performance events and video installations, the festival is once again placed on the conceptual boundaries of cinema and its dialogue with other arts and areas of thought.

As in previous years, the festival is organized into three thematic zones: Lives and Places (focusing on voyeuristic, biographical or documentary recording of habitats and everyday life), Memory and Archive (dedicated to creative approaches from testimonies and found footage) and Connections (focused on interpersonal and community dynamics). There is also a space dedicated to the genres of fiction and animation, with a competitive selection that will have a particularly strong Portuguese representation this year. Besides the national films, the festival receives in its competitive program a selection of almost two dozen films of different nationalities, from short to feature film, from documentary to experimental genre, always in a register that extends from the intimate plasticity of “home movies” to the ethnographic landscape.

Cláudia Varejão is the guest artist of this 8th edition, resuming the intent of the festival to highlight – for the fourth consecutive year – the Portuguese cinema and its filmmakers. Cláudia Varejão brings us, in this cycle, a considerable slice of her cinematographic work, divided into three sessions: Ama-San, shown on the opening night of the festival; In The Darkness of the Theater I Take off my Shoes and the short films trilogy Morning Light, Cold Day and Weekend. With a work of immense sensitivity, often focused on family and community daily life, this Porto native filmmaker presents – for the first time in her hometown – a comprehensive sample of her internationally awarded work.

Jaimie Baron (USA) is the international guest speaker for the masterclass scheduled in this year's edition. Author of the influential book The Archive Effect: Found Footage and the Audiovisual Experience of History, she has established herself as an unavoidable name in contemporary thinking about archive and found-footage cinema. In her masterclass (Re) exposing Intimate Traces: Archive, Ethics and the Multilayered Gaze, it will be approached the delicate relationship between aesthetics and ethics when appropriating private or intimate archival material for cinematographic purposes.

This year Family Film Project also establishes, for the first time, a film exchange with (In)appropriation – Found-footage Experimental Film Festival. Under this partnership, there will be a (non-competitive) session entirely dedicated to archival cinema, with a selection of ten short films provided by the US partner festival.

In addition to competitive and non-competitive film screenings, Family Film Project also includes in its program a space dedicated to performance and video installation. As in previous editions, the Private Collection series returns with performative proposals regarding archive, memory, body and images: Aurora Pinho's Nymphomaniac, Beatriz Albuquerque's rEVOLUTION, Diaporama v.2, by Cesário Alves, Not My Cup of Tea, by Mara Andrade and the dinner-performance LandMarks #5 - The delay or vicious cycle, by Rebecca Moradalizadeh. A set of video installations will also be permanently displayed throughout the festival in the Trindade Cinema lobby, designed by guest artist Hugo Mesquita from selected films. 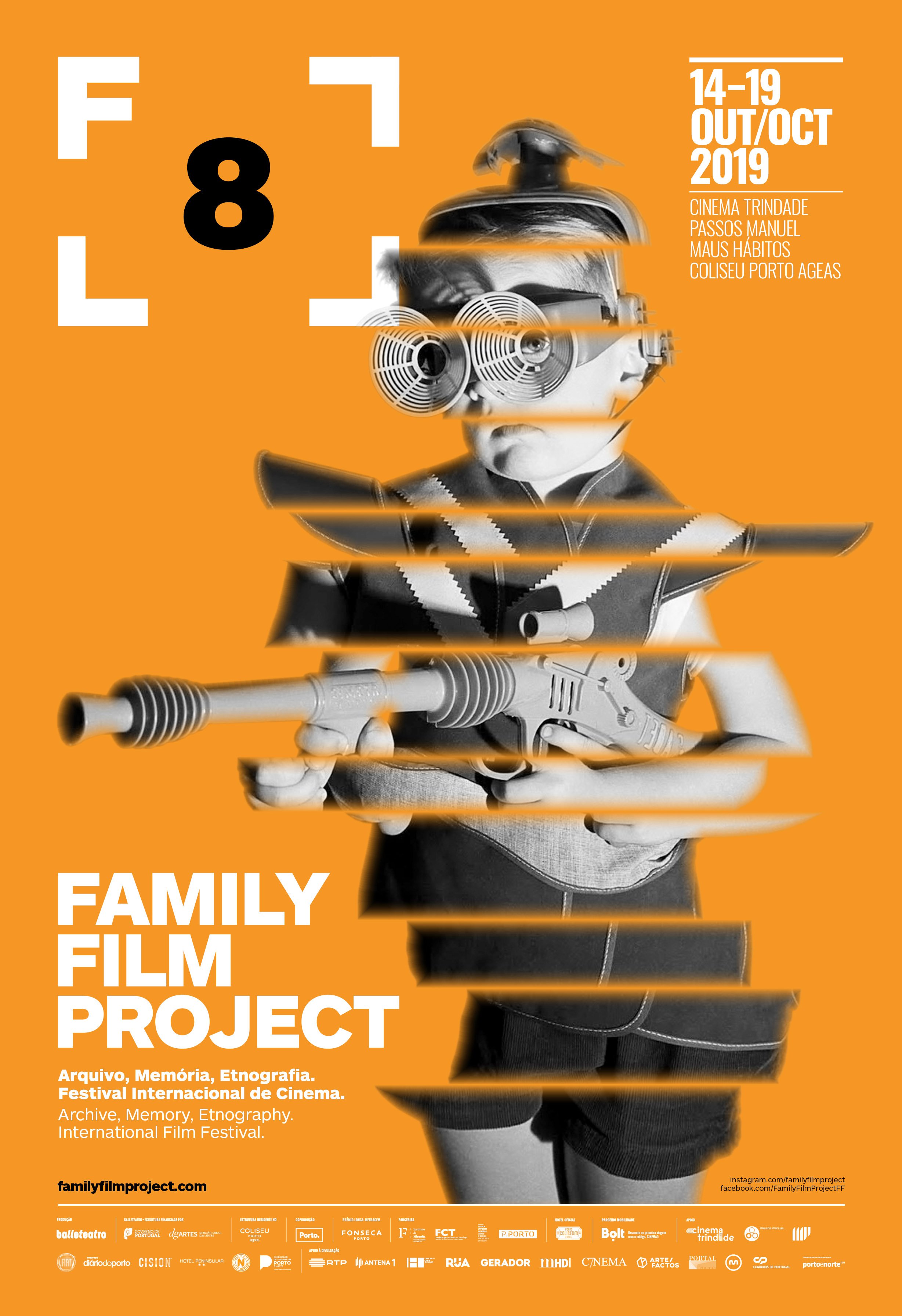