Four films selected for their particular visual and sound plasticity, which irresistibly invited to a reinterpretation of their mode of exhibition. The result is a set of video-installations where one proposes a coexistence between the films and the scenographic media that support them.

Water runs under a bridge
A church looms overhead
A couple films each other on the shoreline
Walking into a sea of chaotic filmic decay
Super 8mm Kodachrome shot by my parents in 1985, and buried by myself in late summer of 2018. 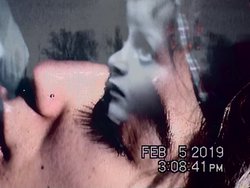 by Alex Faoro and Helena Deda

My wife Helena was five years old when the War of Kosovo began in February of 1998. She and her family were forced to flee their homes as Serbian soldiers swept the countryside, massacring ethnic Albanians and destroying their land. Ditët e Luftës is a meditation on these experiences of war and displacement.

Helena Deda is a writer and photographer from the Republic of Kosovo. The inspiration behind her work comes from her experience during and after The War of Kosovo. Helena's poems have been printed by a number of small publications including Flatbush Review and Film Motes. She also organizes poetry readings at a handful of galleries and bookshops throughout New York.

A family that lost his identity dreams to seize another family's memories... But who is dreaming who?

New Woman is a meditative journey that investigates the look of the “New Woman” in Chinese silent screen. Through using archival film footage with intertitles also derived from the Chinese silent films, the film explores patriarchal perspectives in the portrayal of women in Chinese silent cinema, and deconstructs their appearances in order to reveal the impressive talent and outlook of the “New Woman”, which have been largely ignored and forgotten. The film features four thematic sections, Virtue, Modeng Woman, Unbound Feet, and New Woman. The footage of each section has been re-worked differently by using relevant hand processing and manipulation techniques, including toning, reticulation, solarization, contact printing, and coffee processing.

Rita Tse, born and raised in Hong Kong, began her career in graphic design. She then earned a BFA in Film with a minor in Art & Culture Studies at Simon Fraser University in Vancouver. Her graduation film, EastBound (2004), was selected for a number of film festivals and was given the Norman McLaren Award offered by the National Film Board of Canada. After having worked in different positions for the Hong Kong International Film Festival for a few years, she recently completed her MFA in Film Production at York University in Toronto. 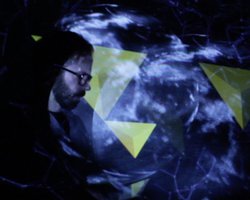 Hugo Mesquita works in the creation of interactive audiovisual systems using several digital media for interactive installation and multimedia performance where he explores the relationships between body, technology and new media. Graduated in Tecnologias da Comunicação Multimédia at ESMAE and Master in Multimedia by the Universidade do Porto, currently integrates the Doctoral Program in Digital Media of UP / Austin where he focuses in the research of creative collaboration between artists and artificial intelligence. He has performed several projects of interactive digital scenography and videomapping for opera, among which the multimedia operas As Sete Mulheres de Jeremias Epicentro at the Teatro Campo Alegre (2017) distinguished with the 3rd Prémio Nacional Indústrias Criativas Super Bock/Serralves and the BfK Awards*, Ninguém e Todo-o-Mundo at the Teatro Helena Sá e Costa (2018) and Simplex at the Teatro Campo Alegre (2019). During his career, he also produced artistic installations works, highlighting the interactive multimedia installation Super Bock Creative Experience in Serralves em Festa (2014), the interactive installation 7YRS in Maus Hábitos (2016), the interactive lighting installation Ng in Semibreve (2016) and the laser installation LUiZ, on the bridge D. Luíz I, when celebrating the 20 years of the elevation of the city of Oporto to world heritage. He also developed multimedia applications and digital games, obtaining awards such as the Multimedia Award XXI - Honorable Mention (APMP 2003), Special Mention for "Mobile Program" (FIAMP 2009) and Bronze Web'Art Special Prize (FIAMP 2012). Alongside the incursions in the media arts he teaches creative programming, interactive digital systems and physical computing at the Escola Superior de Media Artes e Design and the Universidade do Porto.