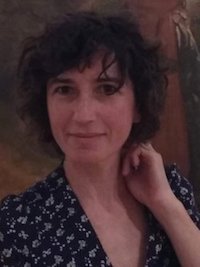 This masterclass is about proposing some insights in the work of Harun Farocki, from his characterization as an archaeologist filmmaker. Through the identification of its cinematographic practice with an archeology of images, we will relate it, and its films, with the search for a meaning not immediately visible and perceptible of the images. Thanks to the assembly procedures - resumes, repetitions, reframing, photo manipulations, ralentis, etc. -, Farocki's cinema emerges as an instrument of investigation, analysis and examination of the great contemporary audiovisual and digital archive, in which we are immersed, capable of removing “the debris that obstructs the images”, of undoing the habits of looking and preconceived thoughts that invest them and open them to a reading beyond the cliché. The archaeological practice of Farocki's cinema still elucidates us about the condition of ready made or object trouvé of any image by making manifest the conditions of its production, inseparable from a process of distancing, of displacing the image beyond a supposed origin that it would allow access to. It allows you to critically describe not only the archival material you use in your 'found-footage' films, but also your own original material, understood as a quote from reality. In fact, his “direct films” also deal with pre-existing “scripts”. Farocki does not build history, he finds it already given. In a certain sense, in both cases, to manufacture an image is to pull the theme, the reason, more or less emphatically and explicitly into its context, creating it again.

Susana Nascimento Duarte is Associate Professor in Film and Cinema Studies at ESAD-CR/IPL and a research member of CineLab at the Nova Institute of Philosophy (IFILNOVA/FCSH/). She integrated the research projects Film and Philosophy. Mapping an encounter (IFILNOVA/FCSH/UNL) and False Movement: Studies on Writing and Film (CEC/FLUL). She is currently a researcher of the project Fragmentation and Reconfiguration: experiencing the city between art and philosophy (IFILNOVA/FCSH/UNL). She was one of the programmers of the Series of Meetings What is the Archive?, organised by Videoteca/Arquivo Municipal de Lisboa. She is the Interviews' Editor of Cinema: Journal of Philosophy and the Moving Image.