Dwight Swanson resides in Baltimore and maintains the home office of the Center for Home Movies. He was one of the producers of the DVD Living Room Cinema: Films from Home Movie Day, Vol. 1. He has a B.A. in History from the University of Colorado and an M.A. in American Studies with an emphasis on popular and material culture from the University of Maryland. His initial trai- ning was in photographic history and museum studies. Since graduating from the L. Jeffrey Selznick School of Film Preservation at the George Eastman House he has served as the archivist for regional film and video collections at the Alaska Moving Image Preservation Association, Northeast Historic Film and Appalshop, as well as working on projects at the Human Studies Film Archives and Historical Society of Pennsylvania. He is a specialist in amateur film and regional film production and has lectured and written extensively on home movies and amateur film, including presentations at the Orphan Film Sympo- sium, the Northeast Historic Film Summer Symposium, the University Film and Video Association, and the Association of Moving Image Archivists’ annual con- ferences. He is a past member of the National Film Preservation Board, and is past co-chair of the Association of Moving Image Archivists’ Small Gauge and Amateur Film Interest Group and the Regional Audio-Visual Archivists’ Interest Group. 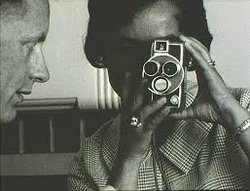 What do you think of when you think of home movies? Whatever the answer, chances are that it is mostly correct, but also incomplete. AMATEUR NIGHT, a compilation of 16 home movies and amateur films culled from the collec- tions of film archives is a journey into the eclectic past of homebased filmmaking. While countless filmmakers have incorporated home movies into their own films, this is likely the first feature-length film made up entirely of unedited amateur films, foregrounding them not as illustrative footage, but as complete works to be viewed on their own terms. A mixture of excerpts and complete reels, the films are allowed to stand on their own with their occasional mistakes intact. The films come from a variety of sources, including 8mm, super 8, 16mm and the rarer 9.5mm and 28mm formats. Three films come with their original soundtracks (all narrations recorded by the filmmakers), while the remaining films have been supplemented with new tracks, including archival sound and music and newly-composed musical scores by 4 Five VI, an ensemble that specializes in innovative silent film accompaniment, and Rachel Grimes, formerly of the Louisville, Kentucky band Rachel’s. Five of the films include commentaries recorded specifically for the film by relatives of the late filmmakers, such as Patricia Hitchcock O’Connell, who shares memories of her father Alfred Hitchcock.
Family life has long been at the heart of home moviemaking, and it is represented here in many forms, including the Hashizume family in the Heart Mountain internment camp in Wyoming during the Second World War; the multiethnic life of Mort Goldman, a New Jersey chicken farmer; a comedic sketch by the Minnich family of Knoxville, Tennessee, and Alfred Hitch- cock cavorting with family and friends at his country home in England.