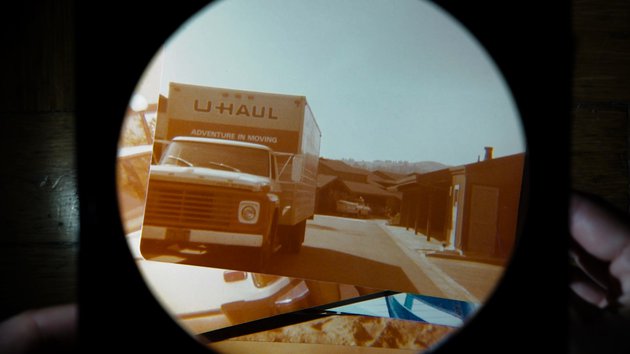 Laura is an essay film whose inception began from a project of research and collection of familial photographical archives. It departs from the exploration of the notion of images as bygone experiences in time which, from that timelessness, expand in space, thus creating small narrative moments.

Tânia Dinis was born in Vila Nova de Famalicão in 1983, lives in Porto. Master's degree in Contemporary Artistic Practices by FBAUP, 2015. Degree in Theatre Studies,Performer by ESMAE, 2006. In 2013, she makes her first short film, Não são favas, são feijocas, which won awards in several film festivals, such as: Dresdner Schmalfilmtage, Onion City Experimental Film and Video Festival, Festival OLHARES DO MEDITERRANEO and Curta 8 - International Super 8 Festival of Curitiba, Brazil. She also directed, Arco-da-velha in 2015, winning two awards at the Super Off and Curta 8 festivals, Brazil, dedicated to Super 8, video installation Line in 2016 and Teresa. In 2017 she premiered LAURA at the Experimental Competition of the 25th Curtas Vila do Conde. She received a prize for best short film in the Films in Poster - International Films Film Festival - Brazil, and a Honorable Mention of the Jury at the super festival Luso-brasileiro Film Festival and Armindo e a Câmara Escura, in co-production with the Cinema Observatory - Casa das Artes in Vila Nova de Famalicão, premiered at the Novíssimos of the 15th IndieLisboa International Film Festival, films that are still in circulation in several film festivals. Website - http://taniasofiadinis.wixsite.com/tania