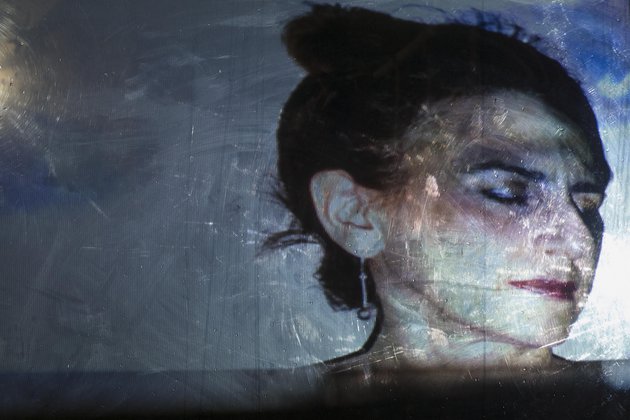 Scheherazade or (Per)forming the Archive

Scheherazade is an autobiographical and performative meditation on being an artist, and on the intergenerational transmission of cultural history in the construction of identity. Affirming the presence of the body of the ‘Other,’ my son’s heartbeats in utero join my mother’s last breaths. Shortly before I left El Salvador, I was asked to dance Scheherazade by the artist Julio Sequeira. At the time, I had no idea of Scheherazade’s bravery or incredible imagination. I could only focus on the sensual and erotic undertones that Rimsky Korsakov’s music conjured with its languid violin and tantalizing bells. I felt suffocated by the orientalist gaze. And I could not do the dance. In 2006, a few years after my father’s passing, I was reminded of my teenage Scheherazade and decided to play Scheherazade on my own terms. Like the mythic Scheherazade, telling stories would ensure my survival, set me free. But the video felt unfinished. This year, three years after my mother’s death, I am (per)forming it again, reflecting on the translations, the contradictions, the passage of time.