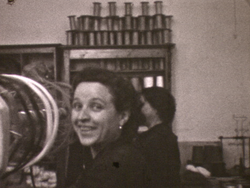 Il gesto delle donne is an archive selection on the side of the Memoryscapes project, the Home Movies online portal for the access to italian private cinema. The work of women was caught by the gazes of film amateur, both men and women, from the 1920s through the 1970s and among 25 different films found. The subject emerges in a variety of contexts that nevertheless belongs to a typical image of women's work, albeit with some surprises. In these images, therefore, we will retrace the traces of what appears to be the classic mapping of women's professions. The factory, the fields, the house, the offices, the school: the women’s gestures, invisible for a long time, resurfaces with the strength of private images. It's a gesture of care, precision and joy. A gesture of a memory which writes the present. 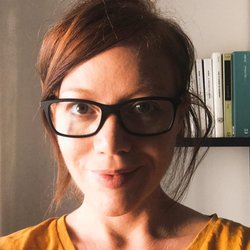 CONFERENCE BY GIULIA SIMI (in english)

In partnership with Instituto de Filosofia da Universidade do Porto

Women have always worked, although we often think of them as subjects acting out of the working life. Their hands have masterfully shaped our daily lives during centuries moving between paid and non-paid works. Looking at the women’s working experience before the spreading of emancipation can bring to light another way of thinking about our world, where the care of the other is a possibility for designing a new way of living.

In this archival selection based on Archivio Home Movies private collections, women's work is captured by the eyes of filmmakers and amateurs during the 20th century: factories, fields, home, offices, schools. The gesture of women, long invisible, re-emerges with the force of private images. Gestures of care, of precision, of joy. Gesture of a memory that rewrites the present.

Giulia Simi is junior Assistant Professor at the University of Sassari and independent curator. Her research is focused on the relationship between cinema and visual arts, with a particular attention to the forms of autobiographical narration and women’s artistic practices. As an independent curator she’s been collaborating with Archivio Home Movies, particularly on the web platform Memoryscapes - il cinema privato online (Memoryscapes – private cinema online). As part of this project she conceived Il gesto delle donne (Women’s gesture), an archival selection on women at work in Italy between the '1920s and the '1970s, which she edited together with Michele Manzolini.