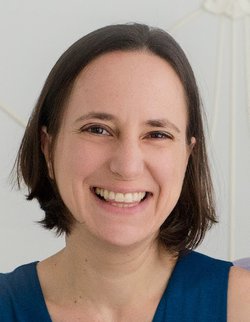 (RE) EXPOSING INTIMATE TRACES: ARCHIVE, ETHICS AND THE MULTILAYERED GAZE

This masterclass will examine some of the ways in which existing recorded sounds and images that we understand as “intimate” have been repurposed. Through an examination of several films that appropriate home movies and other “private” materials, I will explore how some such audiovisual appropriations may produce a sense of ethical violation but may also suggest a degree of “subjective responsiveness” on the part of the appropriation artist that partially mitigates this violation. However, some recordings read as not only “private” but also “secret” and potentially shameful, which further complicates the ethics of reusing them. Films that repurpose such secret recordings often attempt to moderate our sense of voyeurism through a variety of formal strategies; others, however, actively exacerbate our sense of voyeurism and exploitation. I propose the concept of the “multilayered gaze” to help us assess the ethics of a given instance of audiovisual appropriation, suggesting that it is our perception of the original gaze of the producer, of the gaze of the appropriation artist, and of the relation between the two that will determine whether the reuse of such materials can be considered ethical.

Jaimie Baron is an Associate Professor of Film Studies at the University of Alberta, Canada. Her work on documentary and experimental film and video, audiovisual appropriation, and digital media has been published in The Velvet Light Trap, Discourse, Spectator, Eludamos, Maska, FRAMES, Framework, Projections, and anthologies including Global Visual Cultures, Sampling Media, and Contemporary Documentary. Her first book, The Archive Effect: Found Footage and the Audiovisual Experience of History, was published in 2014. She is currently working on a new book entitled Misuse: The Ethics of Audiovisual Appropriation in the Digital Era. She is the founder, director, and co-curator of the Festival of (In)appropriation, a yearly international festival of short experimental found footage films and videos. She is also a co-founder of Docalogue, an online space for scholars and filmmakers to engage in conversations about contemporary documentary, soon to also be a book series published by Routledge Press.