In this cycle of performances associated with the Family Film Project, artists are challenged to explore performativity from archival material, personal or otherwise, or from memory problematizing. The main objective is to present performative proposals in its expanded values (interdisciplinary, spatial displacements, thematic displacements). As the intimacies and familiarities are problematized, creative possibilities are projected crossing disciplines and borders, reinforcing, within the event-festival, the fine line between the real and the performative. 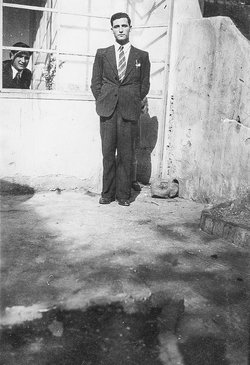 A performance about all that remains to be said in a conversation, about the deterioration of the images, about that which the images do not tell, and about that which is hopelessly lost with those who die without us having asked them. And the secrets of families. And this ever so great desire to reconstitute what is not able to be reconstituted.

Director, actress, playwright and teacher. She founded the Teatro do Vestido in 2001 and has directed it ever since. The rapport between historical events and their representations in the present, as well as the collection of memories and life stories, and the poetic and emotional maps of cities are some of the issues from which she develops her work and research. In the middle of all this, she did a PhD and a few other things. And she studied with Goat Island and with Alexander Kelly, with whom she learned about collaboration, devising, and autobiography. All this had already been done at the Teatro do Vestido, they just did not call it as such. She likes words, people, plants and images. And she writes according to the old spelling. It's not old for her, but that's okay. 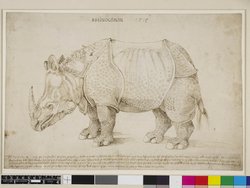 The domesticity of a rhinoceros and the immateriality in hands

An investigation of the performativity of the hands in the ways they apprehend the world and how the world grasps them. From gesture to functionalism, hands imbue themselves with performative phrases in the most diverse narratives, from the intimate to the public, from tactile to imaginary, hinting different choreographies about the relations with fictional objects and spaces, viewers and abstractions. Through collecting and collage processes, the performance proposes a choreography of visual and verbal relationships in which the performer orchestrates between himself and the audience, the gestural and deictic coordinates that reveal the mechanist of how the different spaces and temporalities are revealed throughout and by hands.

With the support of Balleteatro, MIRA Performative Arts and Municipal Theater of Porto.

As an independent, he works in the field of performing arts as curator, choreographer, playwright, producer, performer and teacher. From 2009 to 2017, he co-founded and directed the performative arts programming structure, MEZZANINE. In 2009, he was the artistic co-manager and manager of the OOPSA Association and from 2008 to 2011, co-founded and directed the production structure Obra Madrasta. He has a degree in Engineering (FEUP, 2002), he has a Contemporary Dance Course at the Balleteatro Profissional School (2005), he attended the Master in Artistic Performance - Dance (FMH 2006) and the Amsterdam Master of Choreography (AHK, 2014). Since 2006 he has been producing and presenting his artwork in Portugal, Germany, Austria, Spain and Holland. Since 2003, he has worked with several choreographers such as Anna Pehrsson, Litho Walkey, Rebecka Stillman, Elisabete Finger, Dinis Machado, DD Dorvillier, Mathilde Monnier, Daniel Kok, Goro Tronsmo, Isabelle Schad, Keith Lim and Né Barros. He has collaborated with several institutions at a national level (Balleteatro, Stage Wings, MARTE, Casa da Música) and international institutions (HZT and Tanzfabrik Berlin), conducting workshops and working as a mentor for students of performing arts. 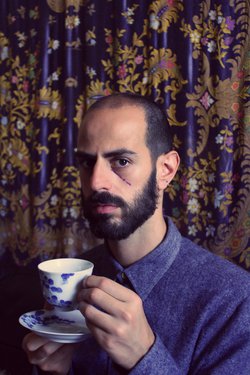 So that you know that what existed in the past is now ahead as an orchid in a winter garden, bleeding from a caesarean section. - René Char.

In Family Project (2007-2009) Miguel Bonneville created several works around the idea of family, exposing their origins, their context, and the permanent lesions of childhood traumas - the family as the essence of evil. With Suicidal Future, he returns to an incisive analysis that goes through time: today's adult proposes to kill the child who designed it precisely for this purpose, leaving space to create true childhood - the childhood of the future.

Miguel Bonneville (Porto, 1985) introduces us to autobiographical stories centred on the deconstruction and reconstruction of identity through performances, drawings, photographs, video, music and artist's books. Since 2003 he has presented his work in art galleries and in national and international festivals, especially the series Family Project, Miguel Bonneville and A Importância de Ser series. He completed the courses of 'Interpretation' at the Academia Contemporânea do Espectáculo (2000-2003), 'Visual Arts' at the Calouste Gulbenkian Foundation (2006), 'Autobiografias, Histórias de Vida e Vidas de Artista' at CIES-ISCTE (2008) (2013), 'Costurar ideias' at Magestil (2013), and 'Cyborgs, Sexo e Sociedade' at FCSH (2016). She was part of the group of artists of the contemporary dance production company Eira (2004-2006) and of Galeria 3 + 1 Arte Contemporânea (2009-2013). She received the Ex Aequo Award (2015) for the performances Medo e Feminismos, in collaboration with Maria Gil, and A Importância de Ser Simone de Beauvoir. He was a resident artist at the Arts Site, CAMJAP - Calouste Gulbenkian Foundation (Lisbon, 2007), Homesession (Barcelona, 2008), Mugatxoan - Serralves Foundation (Porto, 2010), Transeuropa2012 Festival (Hildesheim, 2012), Arts Printing House (Vilnius, 2013), Arte y Desarrollo (Madrid, 2014), and La Box (Bourges, 2018), among others. Occasionally, he composes authorial performance in different national and international structures.