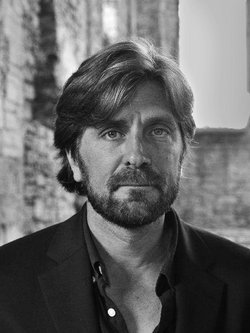 Ruben Östlund was born in 1974 in Styrsö, a small island on the West Coast of Sweden. He studied graphic design before enrolling at the University of Gothenburg, where he met Erik Hemmendorff with whom he later founded Plattform Produktion. An avid skier, Östlund directed three ski films, alluding to his taste for long sequence shots, a taste he structured and developed throughout his film studies and which to this day remains an important trademark of his work.

Östlund has become well known for his humorous and accurate portrayal of human social behaviour, as well as for his renowned use of Photoshop and other forms of image-processing software in his films. His feature debut The Guitar Mongoloid won the FIPRESCI Award in Moscow in 2005. His second feature, Involuntary, produced by the co-founder of Plattform Produktion, Erik Hemmendorff premiered in Cannes Un Certain Regard 2008. The film was then distributed in more than 20 countries and shown at numerous festivals, awarding Ruben international recognition.

Two years later he won the Golden Bear in Berlin for Incident by a Bank, a short film in which every camera movement was computer generated in post-production. The premiere of his third feature film Play (2011) was held in Cannes at the Director’s Fortnight, where he was awarded the Coup de Coeur Prize. After Cannes, Play was shown in Venice and Toronto as well as numerous other festivals where it received additional prizes and distinctions: among others, Play was nominated for the prestigious LUX prize of the European Parliament and won the Nordic Prize, the highest distinction in Scandinavia. His fourth feature film, Force Majeure, premiered at Un Certain Regard in Cannes, where it was awarded the Jury Prize. The film was selected in countless festivals and won 16 Best Foreign film awards. Force Majeure was also nominated at the Golden Globes and shortlisted for an Oscar. The film has been distributed in over 70 countries. The Square was the fourth of Östlund’s films to premiere in Cannes and his first feature to be selected in the Official Selection. It won the Palme d'Or in 2017 and was an Oscar Nomination for Best Foreign Film in 2018. His latest film Triangle of Sadness premiered this year at the Cannes Film Festival

Twenty three years after their divorce, the director’s parents end up single again, without any partners. Östlund tries to bring them together, even in front of the camera, but the two of them fail to agree on what has happened in the past. The desperate effort of a son to find a unifying narrative is the driving force of this courageous documentary about family burdens. 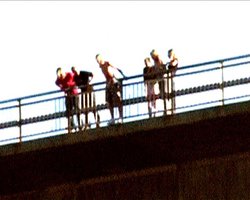 A 30-year old man is celebrating Midsummer’s Eve together with friends in Smögen, on the west coast of Sweden. He he urges his friends to join and watch as he is going to jump into the sea from a very high bridge.

A detailed and humorous real-time account of a failed bank robbery, an observation of how people react to the unexpected. Shot in a single take and with over 96 people meticulously choreographed, the film recreates an actual event that took place in 2006. 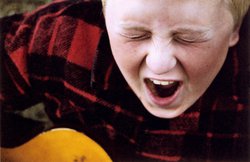 About different people living outside the norms in the fictional city Jöteborg, strikingly similar to real-life Göteborg. Although not a documentary, most of the people seen in the film are non-actors more or less playing themselves. 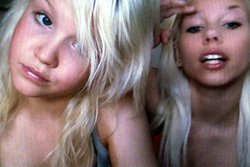 It’s almost summer in Sweden and minor indiscretions and misbehavior abound. Leffe likes to show off for his friends and play salacious pranks, especially when he’s drinking. Meanwhile, a righteous grade-school teacher doesn’t know where to draw the line: she insists her fellow educators need a bit of instruction. Then two young teenage girls like to pose for sexy photos and to party, but one night in a park, a complete stranger finds one of the girls passed out drunk. A humorous look at lessons to learn, lectures to give and lines not to cross.