Orphax is a musical project with the focus on minimal ambient and drone music. In the music there is a development towards microtonal sounds, where time and spatiality are important factors. In this form of working, the eventual result can be a static form of sound where development in the music becomes subordinate to the listener losing any sense of time.

Amsterdam based musician and trained drummer Sietse van Erve was introduced to electronic music in the early nineties. After playing around with tracker software for a couple of years, he eventually recorded his first more serious attempts of music with beats and melodies in 1998,, though soon lost interest in both these. He started researching new sounds and new ways of working – always with an organic touch, often incorporating sounds that would be regarded by others as errors or mistakes. Considering life isn’t without errors either. During this search he found his way into drone and microtonal music. As a result in his most recent work time and spatiality become more important factors. Live this is combined is loads of room for improvisation. This way of working results often in an organic form of drone and minimal music. He has released over 30 releases, as download, CD-R, Tapes and CD’s since he started working on music, and contributed to many remix projects including work for Kenneth Kirschner, Martijn Comes, TVO and Chris Dooks among others. In the past he has shared the stage with various musicians including Martijn Comes, Jos Smolders, Frans de Waard (Modelbau), Zeno van den Broek, TVO, BJ Nilsen and Edgars Rubenis. Some musical influences are Eliane Radigue, Phill Niblock, Catherine Christer Hennix and Kassel Jaeger as well as folk and classical music from India and Tibet, mainly throat and overtone singing. Besides making music, Sietse van Erve runs Moving Furniture Records and has curated concerts at home, at Amsterdam institute STEIM, De Ruimte, OCCII and more. 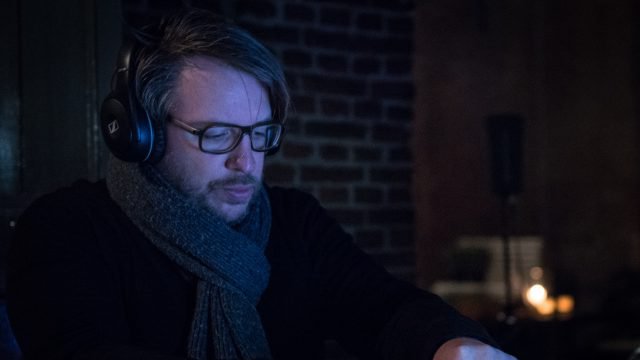