The Family Film Project – International Film Festival of Archive, Memory and Ethnography – returns to its 6th edition with a program that will include competitive cinema sessions, performative events, concerts, conferences and a filmmaking cycle.

The Festival will take place over five days of programming – November 15 to 19, 2017 –, once again taking up the cinematic universe of intimacy, family space and the reconstruction of memory - areas of the imaginary that reach their maximum expression today, either by the dissemination of image devices and new media supports, or by what Derrida called "archive fever" (mal d'archive) while describing the spirit of modernity.

Regina Guimarães will be the guest director of this edition of the festival. An inescapable name of the cultural life of Porto, with a vast poetic work that so often uses the image, the language of the image and the marginality of the image. The opening and closing sessions of the festival will be dedicated to her, with presentations of several films and her presence.

Andrzej Marzec, Catarina Mourão, Efrén Cuevas and Fernanda Fragateiro will be the guest lecturers of the conference entitled "Unframing Archives", proposing to explore the edges of the archive and the deconstruction of these margins: files without a frame. As in previous editions, this year's conference, taking place on November 16, is part of a partnership with the Aesthetic, Policy and Knowledge Research Group of the Institute of Philosophy of the University of Porto.

The nights of 16 and 17 November will be dedicated to music, with the project Orphax of the Dutch musician Sietse Van Erve (November 16) and the film-concert "The Oblibion's Wordless Knot" by the group Haarvöl, composed by Fernando José Pereira, João Faria and Rui Manuel Vieira (November 17). With a highly conceptual approach and heterodox processes of musical construction, both projects explore electronic and experimental sonorities.

"Landscapes of the Self" is the title of the cycle of performances of this edition, which includes also a dinner-performance. It will have names like Cristina Mateus, Isabel Barros, Joclécio Azevedo, Marianne Baillot, Rebecca Moradalizadeh and Susana Chiocca.

As in previous years, the competitive programming sessions are divided into three theme areas: Lives and Places (focusing on the voyeuristic, biographical or documentary record of habitats and daily life), Memory and Archive (dedicated to creative approaches from testimonies and found footage) and Connections (focusing on interpersonal and community dynamics). There will also be an autonomous competitive session dedicated to Fiction, with a selection of short films of different nationalities.

This year, the festival will also have, for the first time, an extension program at IRI (Images of the Real Imagined - Cycle of Photography, Cinema and Multimedia), to be held from October 30 to November 4 at the Almeida Garrett Library. This earlier extension of the program in partnership with IRI will include a session dedicated to the subject of photography with the projection of the Israeli documentary "Photo Farag" (October 30); a focus event on the Dutch director Tom Fassaert, winner of the last edition of the Family Film Project, with a masterclass from the director and the exhibition of his multi awarded feature films (October 2nd); and a film session dedicated to the genre of fiction (November 3rd), with the revisiting of six short films selected by the Family Film Project between 2014 and 2015. 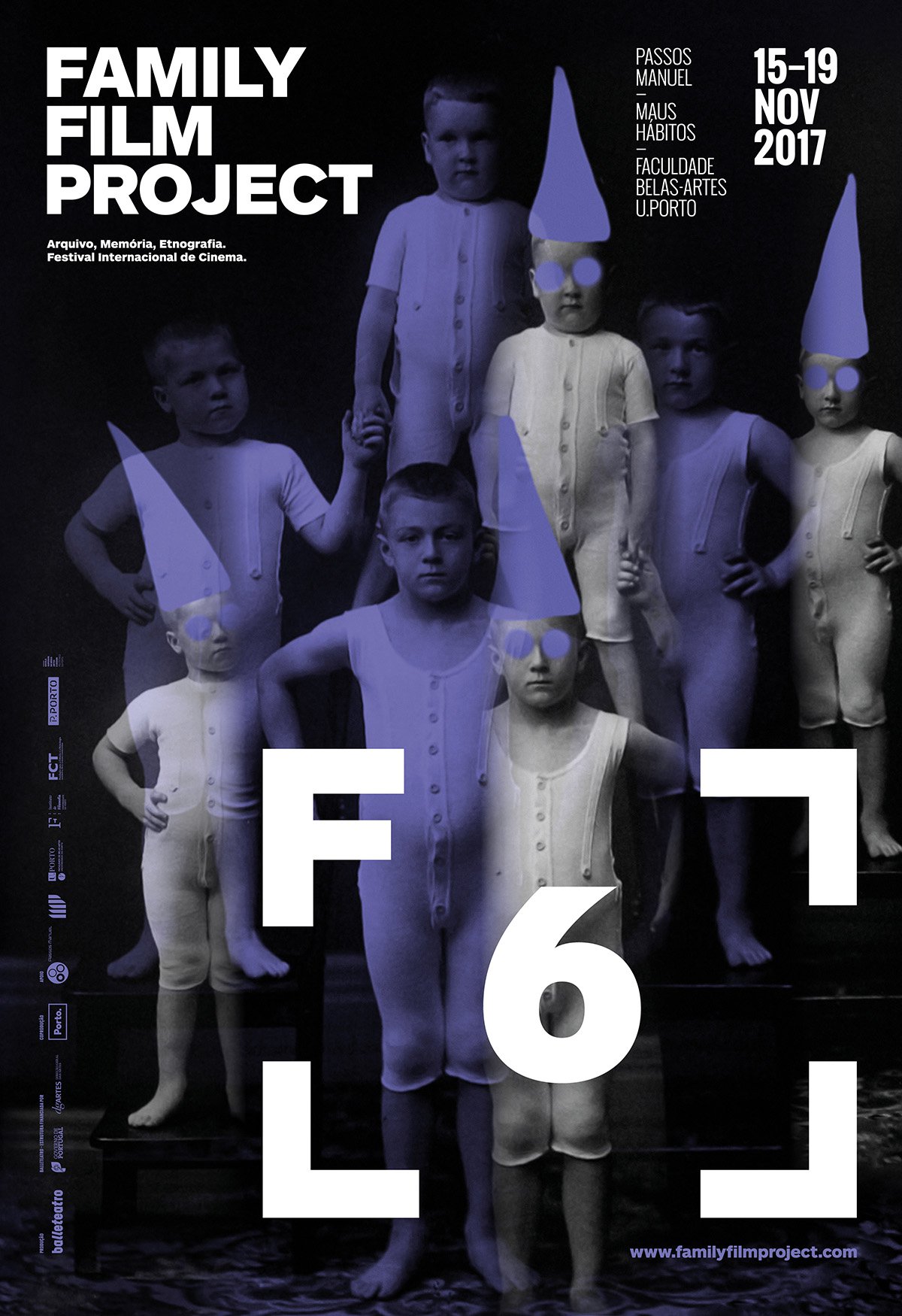