The Family Film Project – International Film Festival of Archive, Memory and Ethnography – is back for its 7th edition, with a renewed program of competitive sessions, masterclasses, performing events and video installations.

With its traditional focus on the family landscapes and the intersection between intimacy and the ethnographic gaze, the festival is organized once again according to three theme areas: Lives and Places (focusing on the voyeuristic, biographical or documentary record of habitats and everyday life), Memory and Archive (dedicated to creative looks from testimonies and found footage) and Connections (focused on interpersonal and community dynamics). As always, there is also a reserved space for the genre of fiction, with a competitive selection of international short films.

Coming from the most diverse nationalities, the films in competition extend from the short film to the feature film, from documentary to experimental, from the sensorial dimension to social criticism, from the intimate look of the "home-movie" subgenre to thematic and ethnographic landscapes.

Daniel Blaufuks will be the guest artist of this 7th edition. With a visual work versed on the relationship between the public and the private, between the collective memory and the individual memory, Blaufuks brings us a selection of four experimental films that will be presented by the author on the last two nights of the festival: "Under Strange Skies" (2002), "The Absence” (2009), "Carpe Diem" (2010) and "As If" (2014).

There will also be the debut in Porto of the feature film "Marias da Sé" by Filipe Martins, a hybrid film between documentary and fiction, starring the local community of the Cathedral of Porto.

The American researchers Bill Nichols and Paula Rabinowitz will be the guests of the two masterclasses scheduled for this year's edition: Bill Nichols, an undisputed name of contemporary cinema theory, with a vast work that helped establish film studies as an academic discipline, invites us, in his masterclass "In the Beginning", to an analysis of the introductory scenes in documentary films and the ways in which they are articulated with the totality of the respective works, in a temporal game where the beginning presents itself as a potential outcome and the end is resolved in its capacity to return to the beginning. Paula Rabinowitz, a sociologist and historian with particular focus on the role of film, photography and other media in the sedimentation of the twentieth century American modernisms, proposes the masterclass "Cold War Dads: Fathers and the National Security", where she explores, through the resource to memory registers, two biographical cases from her own family, for a broader and transgenerational contextualization of the social mechanisms of identity construction during and after World War II.

On October 17, will be presented the book "Unframing Archives", following the conference with the same name that took place in the 2017 edition of Family Film Project. This book outcomes from the usual partnership with Balleteatro and the research group Aesthetics, Politics and Knowledge of the Institute of Philosophy of the University of Porto, with papers by Andrzej Marzec, Bill Nichols, Catarina Mourão, Deirdre Boyle, Efren Cuevas, Fernanda Fragateiro, Filipe Martins and Miguel Leal, on the intersection between cinema, arts and the archive.

A set of video-installations will also be exhibited during the entire festival period, designed for selected films. 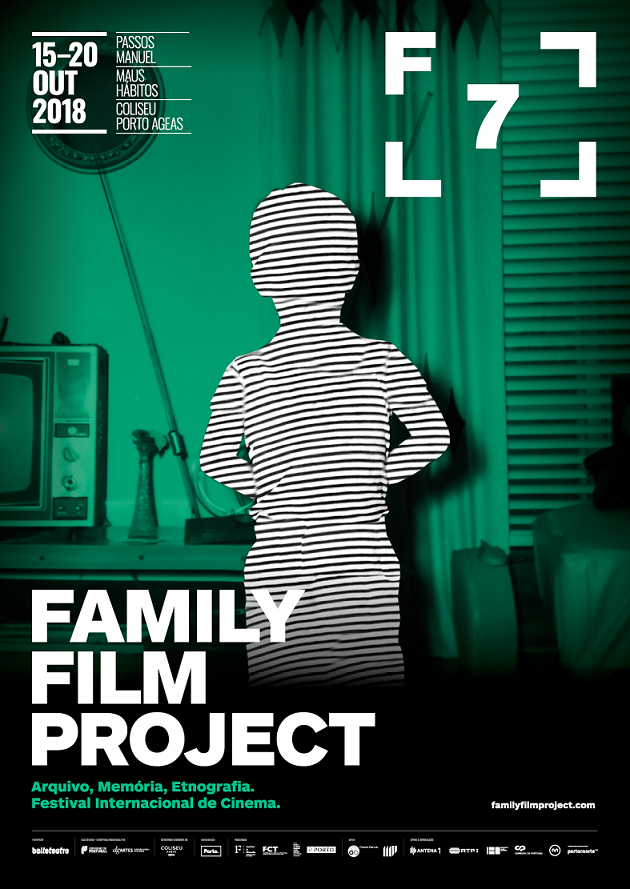