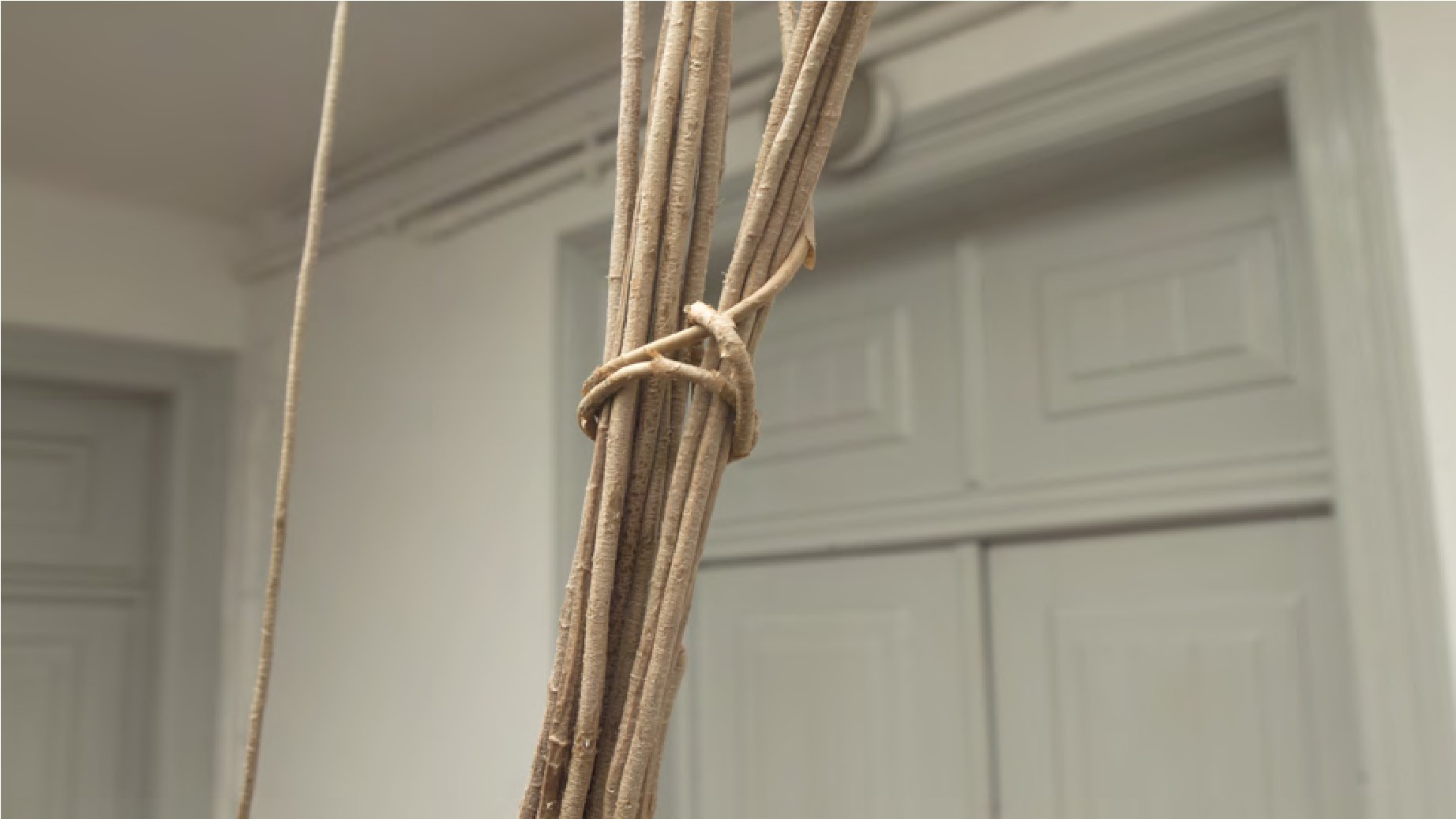 "The palace is a weft of regular sounds, always the same, like the heart's beat”. (Italo Calvino)

Historic center of Lisbon, Bairro das Colónias (Colonial Disctric), third floor. Fatima and Aissato are mother and eldest daughter of a large Guinean family. Diverse narratives and languages, acquired at different life stages, were determining their feelings. Transmitting and translating the sensitive cross of several universes, mother and daughter dialogue around the idea of love and happiness construction. Fatima arrived at Lisbon 18 years ago from Contubuel, a small village close to Bissau, after marrying the President of the Association of Guinean Muslims in Lisbon. She now has six children. Aissato turned 18, she will finish high school and plans to study Islamic Law in England. At seven o'clock, from the third up to my fifth floor, the building echoes the sound of pepper and mandioca pillar. 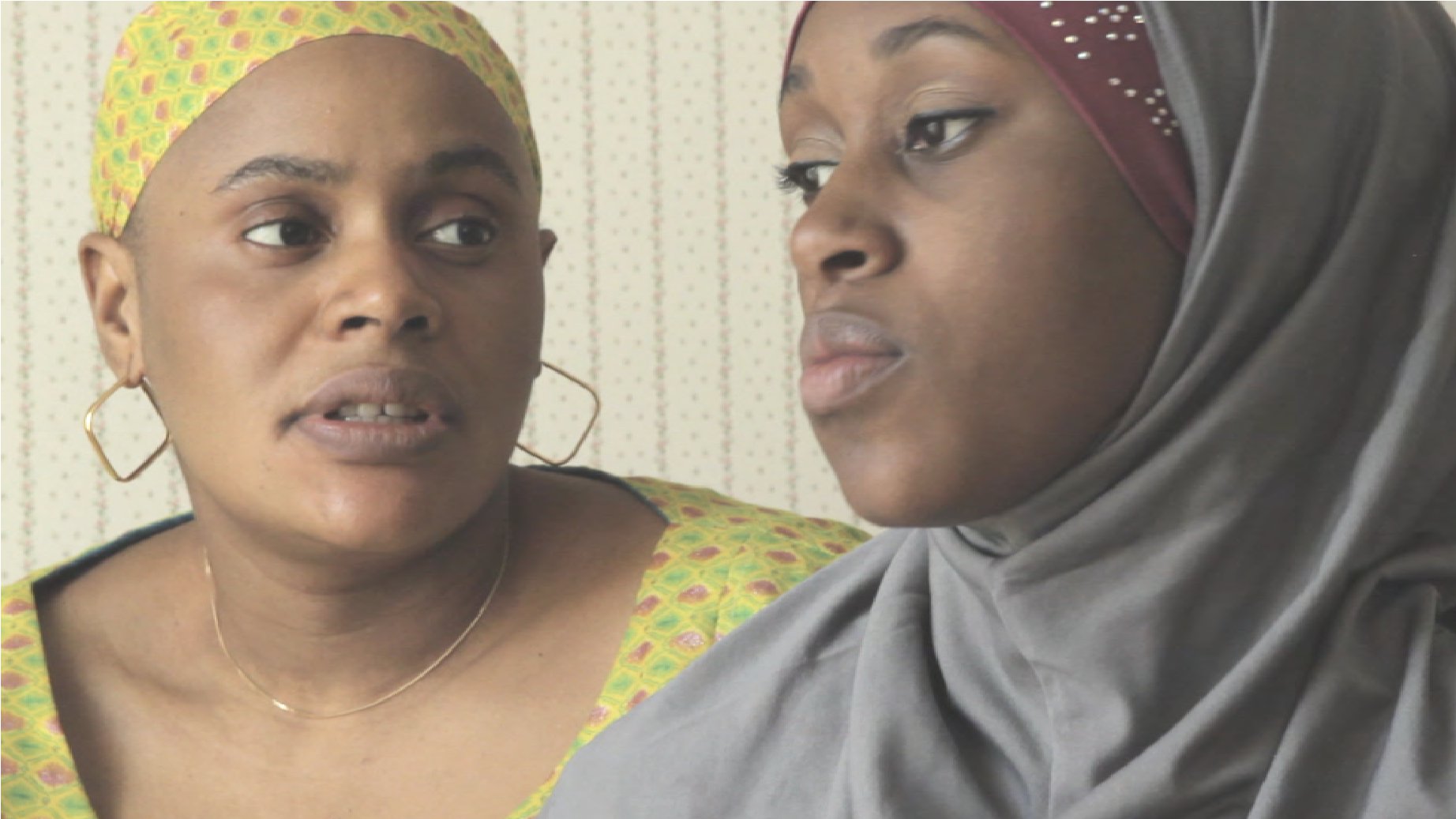 “The palace is a weft of regular

A door slams… Someone runs

Does some story link

one sound to another?

And if there is a story…

does that story concern you?

Will some series of consequences

Or is it simply another

indifferent episode among the many that make up

the daily life of the palace?

Every story you seem to divine brings you

nothing happens in the palace unless the king

has some part in it, active or passive.”

Italo Calvino (in Under The Jaguar Sun) 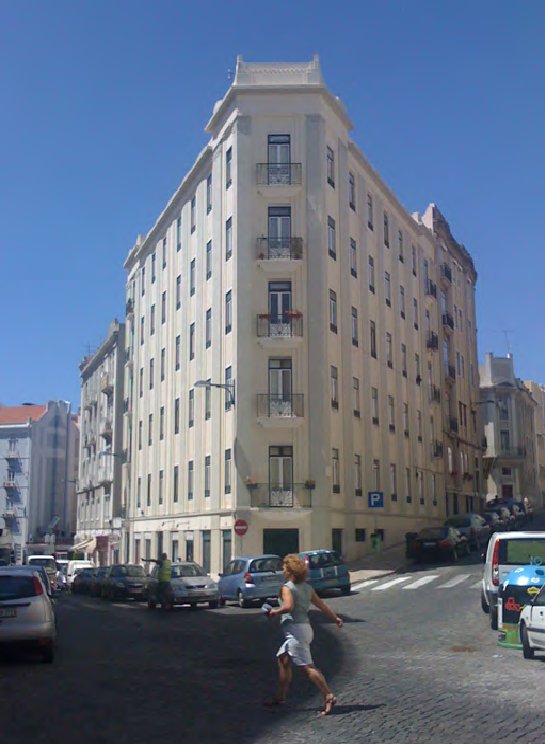 Fatima and Aissato, mother and eldest of a large Guinean family, live in the historic center of Lisbon, in a building of the Colonial District, built in the 30s. They are tenants on the third floor. Along with the father, the other five children and a young cousin, Fatima and Aissato inhabit the building where I have also lived for 24 years, sharing small and big moments, stages of life, feelings and celebrations, births and baptisms, economies and turmoil. Fatima arrived at Lisbon 18 years ago from Contubuel, a small village close to Bissau, after marrying her husband, since 22 years ago President of the Association of Guinean Muslims in Lisbon. She now has six children. Aissato was born in Lisbon. She is 18 years old and has eleven brothers from her father side, she lives in the building with the other five children of Fatima. This year she wrote her first love letter. Attending the fifth year of High School she plans to study Islamic Law in England. In their lives of women of different generations, narratives and languages, acquired in times and different stages of life, they were determining their feelings. An idea of ​​happiness, the notion of life, motherhood or love arise in confrontation with cultural, linguistic and religious very distant universes. In this confrontation, lives the transmission of the female experience from one generation to the next. To establish a relationship with the universe of two Guinean women, mother and daughter, opens the possibility of a meeting. Cinema becomes opportunity for a confrontation with a peculiar womanhood - through the relationship with African roots and the Muslim religion, with the European world and Portugal - which ultimately globally challenge the contemporary female universe. At seven o'clock, from the third floor up to my fifth floor, through the entire building, the mandioca pillar of resonates. The sound goes up stairs and landings, through walls, doors and corridors, inhabits houses and kitchens, interior balconies, the whole building, in all its complexity and permeability. Aissato, as they call her at home, is also Aisha; Fatima, as she is called in the street, for the family is Fatumata. They speak different languages, Fatima speaks Fula, she also uses Portuguese and Bissau Creole, Aissato speaks Portuguese, she understands and speaks Fula and English quite well, and would like to learn French. They both read and learn the Koran in Arabic. Multilingualism, the demand for understanding between mother and daughter, also linguistic, become sensitive subject for the film writing. Protagonists of the film are the sensitivity and thought in the feminine, transmission and translation, the relationship with tradition and heritage, the dialects and languages, sentimental education, the dimension of the house and the city, maternity and an idea of love, learning and experience, memories, dreams and the tales of the two women. Cinema by nature focuses, selects, captures, amplifies and demultiplies. And produces images that connect and inhabit, searching for a place not only to tell, but to create connections, admitting the compatible and incompatible, the sensitive crossing of several worlds. According to my cinematic and artistic practice, this project will deploy into an installation to exhibition spaces and a documentary. The installation, conceived as a diptych, invites the viewer to inhabit the physical, acoustic and linguistic space of dialogue between Fatima and Aissato. In the image composition, in double projection, the world that the building encloses and involves, the inside, the stairs, the sound link between the spaces. And the two faces, of the mother and daughter, in a dialogue between two generations. The word and the various languages ​​open and articulate the complexity of this space calling to it multiple universes. 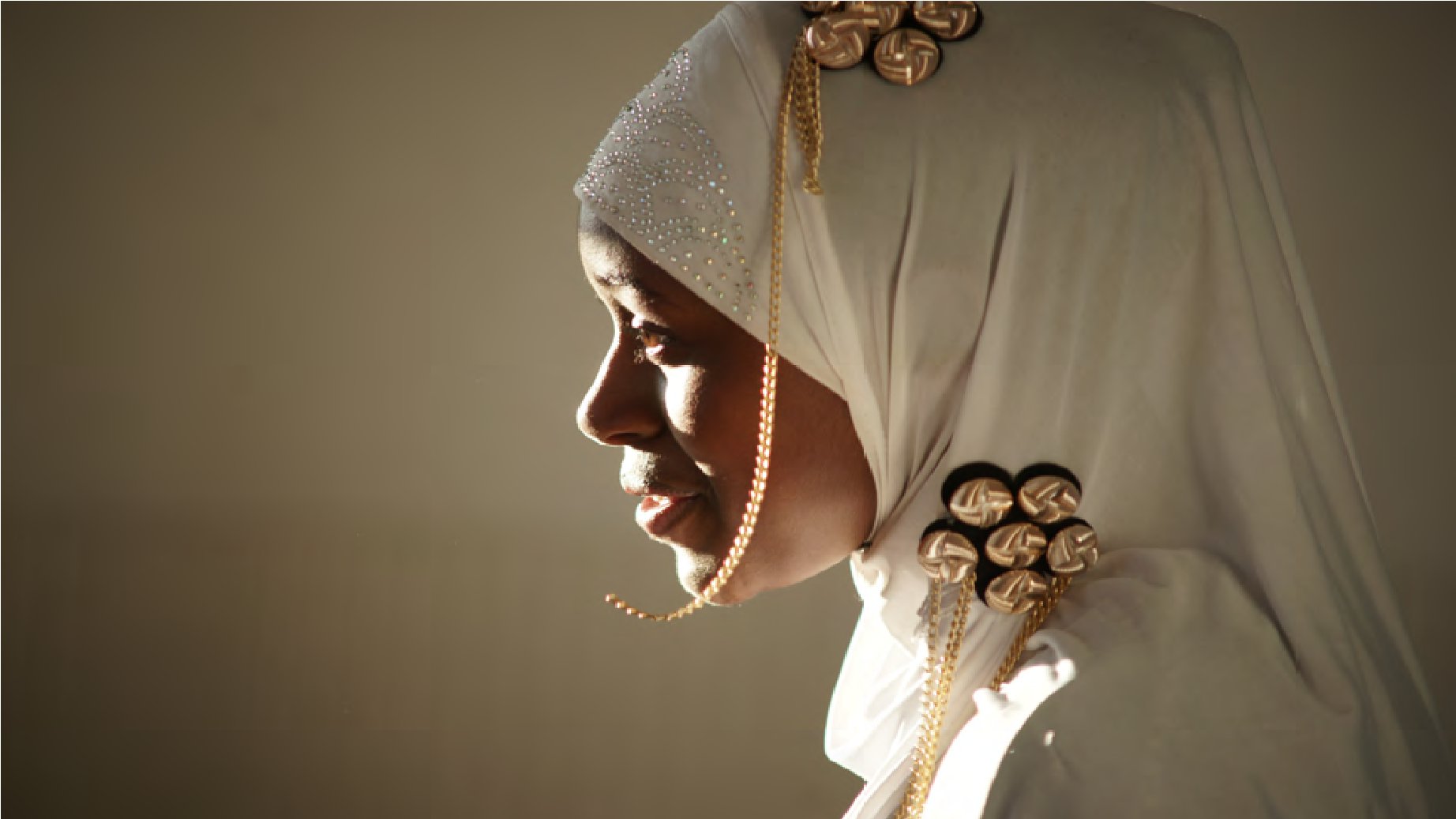 Born in Bari, working since 1991 in Lisbon. She studies Portuguese and French literature at the University of Bari, obtaining a master's degree with the thesis "The Portuguese Colonial Cinema, from the Mute Cinema to the Cinegraphic Mission". She obtains a scholarship in Portugal in 1983, 1986 and 1991, studying Portuguese and African Literature at the Faculty of Languages, University of Lisbon. She completes her training with courses in Aesthetics, Art Studies and Film at the New University of Lisbon. Independent curator, in the 90 she collaborates with the Portuguese Cinematheque, Rivoli Theatre, Culturgest institutions in Italy, France and Brazil. Between 1992 and 1995 she is co-director at Real/João Fiadeiro. Visual artist and documentary filmmaker, she uses different media and focuses her research on interculturalism and the relationship of cinema with other arts. In 1998 she directed her first documentary film. Between 1999 and 2001 she is responsible for the creation, production and circulation of the traveling exhibition to the 18 district capitals "Encounters - stories of the gipsies among us." She has been teaching regularly on the image relation with the other arts (IADE, ETIC, Dance Forum, CEM, Cascais Cultural Centre, NEC, Calouste Gulbenkian Foundation). She is the author of texts and coordinator of several publications on cinema. She worked on photographic, graphic and editorial projects with the Alkantara Festival and Teatro Maria Matos (2001/13). Since 2003, with the Film Portraits (filmic installations), she has presented her work in Portugal, France, Italy, England, Sweden, Norway, Mexico, Uruguay, Brazil, Canada, the United States. She highlights the participation at the Biennale in Lulea, Sweden, in 2006, and the Venice Biennale, Italy Pavilion in the world 2011; the exhibitions at CAM Gulbenkian and Serralves Foundation in 2002; CCB 2003 and 2012; Chiado Museum and La Villette Paris 2004; Cinematic Art Gallery Solar 2006; Espaço do Tempo 2006; Stenersen Museum Oslo 2009; Gallery Diário de Notícias 2010; Matadero Madrid 2012. In 2014 she participates in the exhibitions "Inhabiting the Collection" Medeiros e Almeida Foundation Lisbon, "Etre Ici" Villa Mimi Calpe Tangier. With the documentary "In Medias Res" she wins the Prize for Best National Film of the Architectures Film Festival and Special Mention of the Temps d'Images Films on Art.