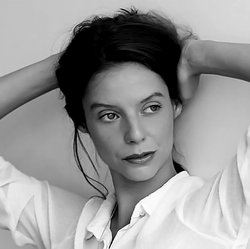 Post-graduate at the Faculty of Fine Arts, University of Porto in Contemporary Artistical Practices.

Since 1998 to the present collaborating with filmmakers Teresa Villaverde, João Botelho, Jorge Cramez, Eugène Green, Gabriel Abrantes, Daniel Aragão, Salomé Lamas and Miguel Gomes. She was awarded in the category of best actress in the films "Os Mutantes" and "Transe" by Teresa Villaverde, in "Adriana" Margarida Gil in national and international festivals such as Taormina, Bastia, Sta. Maria da Feira, Globos de Ouro Sic, among other nominations.

She has collaborated with several national and international festivals as a jury member, as in the 65th Locarno Film Festival: Cineasti del presenti, at the 17th Film Festival in Sofia, at the 21st Short Film Festival of Vila do Conde, the 6th Festival Cineport, among others, distinguishing and promoting the work of other filmmakers both in fiction, experimental or documentary films.

In 2013 she was invited by the University of Anadolou to conduct a workshop in Eskisehir entitled Connecting Actors and Directors.

In theater she participated in projects of the company Primeiros Sintomas, she was co-founder of the company Voz Humana where she co-staged the play The Human Voice by Jean Cocteau at the Teatro Turim and participated with a monologue in the Goran Bregovic concert-theater presented at the Calouste Gulbenkian Foundation in 2012 "Margot, memoires d'une Reine Malhereuse" directed by Marie Mignot.

In 2015 she begins to develop for the project NUDA new theater texts and was published together with other authors by Edições Guilhotina the book Short New Playwriting.

In July of that year, she premiered the play Night Sings by Jon Fosse directed by Tiago Correia at the TM Rivoli in Porto. 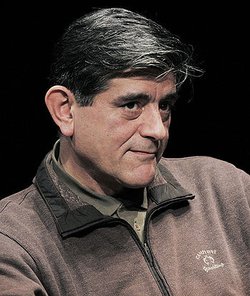 Manuel Mozos was born in Lisbon in 1959. He graduated in Film in 1984, at the Old National Conservatory (now the Lisbon Theatre and Film School). He worked as an editor, screenwriter and assistant director with several Portuguese directors.

Collaborates assiduously with publications, schools, institutes, universities, cultural and cinema associations, film clubs and festivals. Since 2002 works in A.N.I.M.- Portuguese Cinematheque, in the area of ​​identification, preservation and restoration of film copies.