In this cycle of performances, artists are challenged to explore performativity from archival material, personal or otherwise, or from memory problematizing. The result is a set of performative proposals in its expanded values (interdisciplinary, spatial displacements, thematic displacements). As the intimacies and familiarities are problematized, creative possibilities are projected crossing disciplines and borders, reinforcing, within the event-festival, the fine line between the real and the performative. 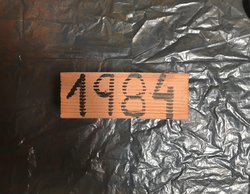 A circle drawn on the floor, with bricks. The performer gradually destroys several new and other possible constructions, where particles are constantly changing. The closed eyes write down the memory and the archive. It is time to become, now.

Flávio Rodrigues was born in Vila Nova de Gaia (Mafamude, 1984) and is currently based in Porto (Portugal). Since 2006 he has been developing his own artistic, interdisciplinary and experimental projects within the framework of an autobiographical construction. Drawing, performance, creation / manipulation of objects, sound, movement and sculpture are some of the mediums to which he resorts, aiming to induce the body / work in error / camouflage / abstract and poetic states, as well as to explore plastics of a raw, organic nature and / or raw, mostly from capture/recollection processes. The journey has emerged as a worthy procedural basis. 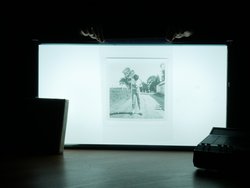 The photo album is a witness and a depository of stories and memories of a family and has physical characteristics and qualities such as photographs. In the photographic album, there is almost always an organization of the photographs, a sequence, some more inventive than others, creating autobiographies and narratives of a family life, preserving the memories that inhabit there and those that no longer inhabit - the empty spaces -; those that have been lost over the years, but also giving them the possibility to multiply. Terra II albums are used here as a support for memory and transformation, implementing collages of moving images and sound fragments, in an exercise to confront the image and / with the sound.

Tânia Dinis, 1983. Master in Contemporary Artistic Practices at FBAUP, 2015. Her work crosses countless perspectives and artistic fields: photography, performance, cinema and relational aesthetics. She uses images from family archives - personal or anonymous - and other registers of real image, in a time-image-memory interrelation.  In 2013, Dinis made her debut with the short film, "Não são favas, são feijocas [They are not broad beans, they are beans]” and collected many awards at several film festivals. She also directed Arco da Velha (2015), Laura (2017) and Armindo e Câmara Escura (2018). Her work has been showcased in exhibitions and performances. 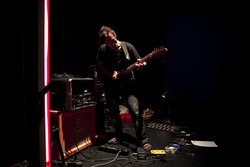 At the invitation of the Family Film Project, Alexandre Soares presents a concert compose by musical themes that somehow reflect the career of the musician and composer. The concert mixes archival music with unreleased themes. From collaborations with choreographer Né Barros, who between 1999-2017 composed music for fourteen shows, to the archive of sounds never shared, through compositions from the most experimental domain, the program constitutes a privileged moment to listen and remember an artist with a unique work.

Co-founder of the GNR group as a composer and guitarist, Soares started his recording career in 1980. In 1988 he released his only solo album, Projecto Global. In 1990 he was responsible for the musical composition for the play Fool for Love by Sam Shepard. In 1993 he collaborated on the Zero project with which he recorded the debut album. At Fundacion La Caixa Barcelona's La Imagen Frágil exhibition, he produced a sound intervention in the installation Señor Estupor by Javier Dias. It was also in 1993 that he had his first connection to the Três Tristes Tigres group on the album Parte Sensíveis, and in the collection of themes by António Variações with Anjinho da Guarda. The integration of the Três Tristes Tigres resulted in the albums Spiritual Guide, Common and Minima Light. He was considered a Portuguese composer of the year in 1998 by the portuguese newspaper Público. He scored Sapatos Pretos by João Canijo and was invited by the Teatro Nacional S. João to compose the original music of Buenas Noches, Mi Amor, a video-musical device with texts by Al Berto read by João Reis, taking place in February 1999. He took to the stages of CCB and Rivoli, with the Três Tristes Tigres, the show Ferida Consentida, based on the book a kiss given later, by Maria Gabriela Llansol. Since 1999 he collaborates with the choreographer Né Barros, for whom she composed the songs for Vooum, No Fly Zone, exo, Vaga, Dia Maior, Background, Free Sheet, Story Case, A Praça, Estrangeiros, Landing, Sol Subterrâneo, Citânia. Citânia e Muros.