After another edition, at the invitation of Cineclube of Faial, the Family Film Project takes an extension of the festival to the Azores. In three sessions with free entrance, will be shown a selection of films that have integrated the program of the Memory, Archive and Ethnography Film Festival in recent years. 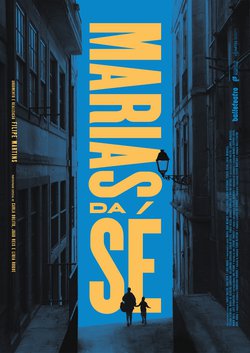 A typical day in the Cathedral of Porto, between tourists and the local community. There is a peculiar group of women that captures our attention ...

A young (?) filmmaker comes back to his grandparents' house to make them a video-portrait. That's what cinema is about, isn't it?

Denise, a 20-year-old girl, visits nearly every day the Viennese 'Prater' amusement park to take some rides with the electronic 'Tagada' carousel because it helps her to get over her difficult past.

ARMINDO AND THE DARK CHAMBER

Armindo Carvalho is my grandfather from Vila Nova de Famalicão. He has devoted his entire life to photography and, in 1969, he obtained his professional certification. He recorded his and other people’s families. He travelled through several cities and villages of the Braga, Famalicão and Guimarães area, among others, recording events and several ceremonies. Armindo and the Dark Chamber revisits his family memories through images.

HOW I LIVE, AS YOU WANTED TO KNOW

One year after losing his wife, my grandfather met a woman online. To entice her to visit, we shot a video presenting his home.

The middle of the night. Moans are heard behind the parent’s door. Two young sisters are asking questions.

by Hamy Ramezan and Rungano Nyoni

A foreign woman in a burqa brings her young son to a Copenhagen police station to file a complaint against her abusive husband, but the translator assigned to her seems unwilling to convey the true meaning of her words. A tense, diamond-hard film about cultural isolation and bureaucratic ignorance.

A family, led by their father, heads out on what appears to be a holiday. However, it becomes clear that they are in fact, leaving the safety of a leafy suburb to cross Europe and making their way into a war zone. As they travel the father's reassurances ring hollow, as under great stress the father buckles and the mother's strength takes over. Intimate and touching the film reaches for a truth through its absurd premise of reversing the refugee journey. HOME depicts the breakdown and rebuilding of trust and love amid the horrors of war and migration. We witness the realities and trauma of being refugees as within the family, roles of leadership and bravery are passed from one parent to another. HOME is a sensitive, layered and complex exploration of how fear can bring out the best and worst in all of us.

A german living room in the 1940s, abandoned, like a hasty escape. What is left are photographs on the wall, memories, that come to life and tell us the tragic story of a big love which must not be.

by Andreia Pereira and Rita Manso

A 65-year-old woman suffers from dementia. Isolated from the outside world, confined to her house, she looks to a photo album for comfort. Leafing through it, she is confronted by the reality of her medical condition, which creates obstacles for the construction of her sense of self and identity, watching her individuality, built over the years, tearing apart before her eyes.