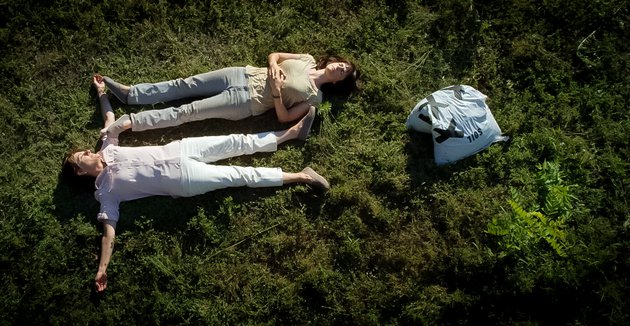 FOR A GOOD TIME

For a Good Time is the story of Jane who, grieving over the loss of her mother, has a meltdown in a flower shop. Out of options and out of her mind, she decides to call a number written on the wall. The person who answers is the last one you’d expect, and just the one she needs. Beginning with documentary footage and ending with fiction, FOR A GOOD TIME is a comedy born of a tragedy, and fable about a bathroom stall meeting that lasts forever.

Aemilia Scott is a filmmaker living in Los Angeles and Chicago. She studied History and Photography at Columbia University. Then, she moved to Chicago and performed professionally with Second City, iO, and the critically acclaimed satirical church, Best Church of God. On television, you can see her on Chicago Fire, Sirens, and Married. Her first film, BEST IF USED BY, was an official selection of Clermont Ferrand, Aspen Shortsfest, Palm Springs International, Rhode Island International, Seattle International, and Cleveland International Film Festivals, among others. It won a BAFTA honorary mention at Aspen, an Honorary Mention at USA Film Fest Dallas, an Honorable mention at REGARD Quebec, Best Screenplay and Audience Award at the Los Angeles Independent Film Festival, and BEST SHORT of 2013 by New Filmmakers Los Angeles. FOR A GOOD TIME is Aemilia’s second film. It is loosely based on experiences of her own life, drawing from a small amount of documentary footage of a very sad event, and building from it from an urban fable and an offbeat comedy. The film looks at how we deal with tragedies in our lives, and how sometimes all we need is a change of perspective in order to truly have a good time.